The politician : an insider's account of John Edwards's pursuit of the presidency and the scandal that brought him down 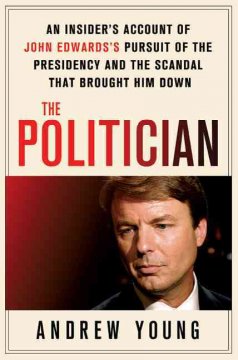 Reviews Author Notes
After earning a bachelors degree at the University of North Carolina at Chapel Hill and a law degree at the Wake Forest University School of Law, Andrew Young was a volunteer for John Edwardsâ winning campaign for U.S. Senate. Hired in 1999, Young became Edwardsâ longest serving and most trusted aide. He raised more than $10 million for the politicianâs various causes and played a key role in Edwardsâ efforts to become President of the United States. Now a private citizen, he lives in Chapel Hill with his wife Cheri and their three children.