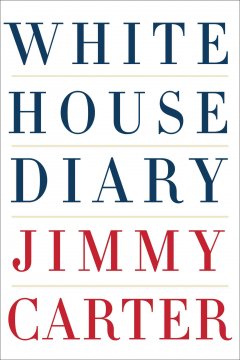 Jimmy Carter, our thirty-ninth president, received the Nobel Peace Prize for 2002. The author of numerous bestsellers---including An Hour Before Daylight and Our Endangered Values---he and his wife, Rosalynn, live in Plains, Georgia, but continue to travel around the world in support of The Carter Center, a nonprofit organization advancing peace and health, and other humanitarian causes.

Jimmy Carter, our thirty-ninth president, received the Nobel Peace Prize in 2002. He is the author of numerous bestsellers, includingWhite House Diary, An Hour Before Daylight and Palestine: Peace Not Apartheid. Carter grew up on a peanut farm in Plains, Georgia. He graduated from the Naval Academy in 1946, and after seven years of service in the Navy, he returned to Georgia and entered state politics, becoming governor in 1971. In 1976, he was elected President of the United States.

Carter aspired to make government "competent and compassionate," and fought for human rights around the world. His successes include the Israel-Egypt peace treaty, the Panama Canal treaties, and establishing full diplomatic relations with China.

After leaving office, he and his wife Rosalynn created the Carter Center, a nonpartisan organization working to advance human rights and democracy, resolve conflicts, and relieve suffering from disease and hunger around the world. The Carters live in Plains, Georgia, but continue to travel around the world in support of numerous philanthropic efforts.