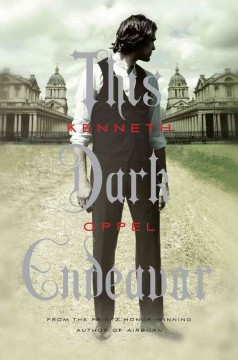 Kenneth Oppel is the author of numerous books for young readers. His award-winning Silverwing trilogy has sold over a million copies worldwide and been adapted as an animated TV series and stage play. Airborn won a Michael L. Printz Honor Book Award and the Canadian Governor General&rsquo;s Literary Award for children&rsquo;s literature; its sequel, Skybreaker, was a New York Times bestseller and was named Children&rsquo;s Novel of the Year by the London Times. He is also the author of Half Brother, This Dark Endeavor, Such Wicked Intent, and The Boundless. Born on Canada&rsquo;s Vancouver Island, he has lived in Nova Scotia and Newfoundland, Canada; in England and Ireland; and now resides in Toronto with his wife and children. Visit him at KennethOppel.ca.