Birch Coulie : the epic battle of the Dakota War 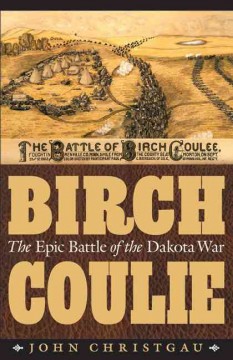 Reviews Author Notes
John Christgau (1934–2018), was an award-winning writer on issues of restitution and reconciliation, and is the author of several books, including Enemies: World War II Alien Internment, available in a Bison Books edition.