Habits of the house #1 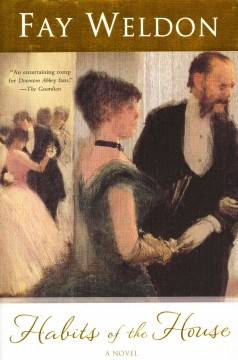 FAY WELDON is a novelist, playwright, and screenwriter who, at the age of 16, lived in a grand London townhouse as the daughter of the housekeeper. In addition to winning a Writers' Guild Award for the pilot ofUpstairs Downstairs, she is a Commander of the British Empire whose books includePraxis, shortlisted for the Booker Prize for Fiction; The Heart of the Country, winner of the Los Angeles Times Fiction Prize;Worst Fears, shortlisted for the Whitbread Novel Award; and Wicked Women, which won the PEN/Macmillan Silver Pen Award. She lives in England.