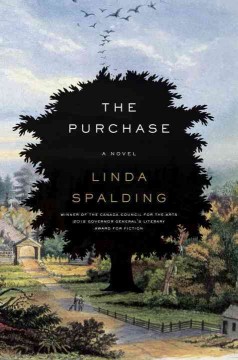 LINDA SPALDING was born in Kansas and lived in Mexico and Hawaii before immigrating to Canada in 1982. She is the author of three critically acclaimed novels,Daughters of Captain Cook, The Paper Wife, and (with her daughter Esta) Mere. Her nonfiction includes The Follow (Canadian title, short-listed for the Trillium Book Award and the Pearson Writersâ Trust Prize, and published in the US asA Dark Place in the Jungle), Riska: Memories of a Dayak Girlhood (shortlisted for the Kiriyama Prize), andWho Named the Knife. She has been awarded the Harbourfront Festival Prize for her contribution to the Canadian literary community. The Purchase received Canadaâs Governor Generalâs Literary Award and its Rogers Writersâ Trust Fiction Prize. Spalding lives in Toronto, where she is the editor of Brick magazine.