Larry gets lost in Philadelphia 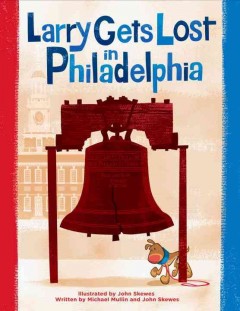 John Skewes is a professional illustrator living in Seattle. He began work as a product designer and character artist for Disney Consumer Products before leaving to start his own company, Retrodyne Industries in 2001. His clients include Warner Bros., Hanna-Barbera, Fox, Pixar, and Simon & Schuster. As the creator and illustrator of the award winning Larry Gets Lost(TM) children's book series, John has followed Larry from the southern tip of Texas to tiny Nome, Alaska, and been lost several times himself. He has illustrated over 20 children's books, including the Flintstones, Tom and Jerry, and Alvin and the Chipmunks.

Michael Mullin lives in LA, but grew up in New England, where all his sports allegiances remain. He is the author of the TaleSpins (TM) books for young adults: 8: The Previously Untold Story of the Previously Unknown 8th Dwarf, The Plight and Plot of Princess Penny, and the upcoming Jack'd.