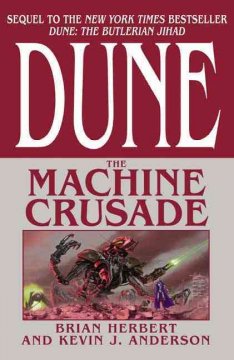 Reviews Author Notes
Brian Herbert, the son of Frank Herbert, is a multiple New York Times bestseller in his own right. He is the winner of several literary honors and has been nominated for the Nebula Award. His critically acclaimed science fiction novels include Sidney's Comet, Sudanna Sudanna, The Race for God, and Man of Two Worlds (written with Frank Herbert). In 2003, he published Dreamer of Dune, a biography of his illustrious father.

Kevin J. Anderson has written dozens of national bestsellers and has been nominated for the Nebula Award, the Bram Stoker Award, and the SFX Readers' Choice Award. His critically acclaimed original novels include Captain Nemo, Hopscotch, and Hidden Empire. He also set the Guinness-certified world record for the largest single-author book signing.