The diving bell and the butterfly : a memoir of life in death 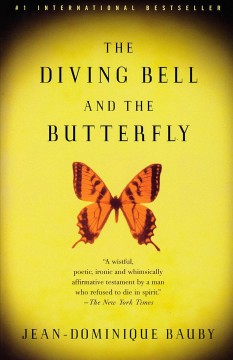 Jean-Dominique Bauby was born in France in 1952. He attended school in Paris. After working as a journalist for a number of years, Bauby became the editor-in-chief of Elle magazine in Paris in 1991.

On December 8, 1995 he had a stroke which left him with the condition known as locked-in syndrome. Bauby died on March 9, 1997. He was the father of two children, Theophile and Celeste.