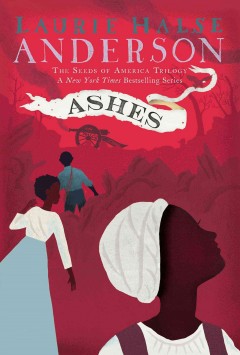 Laurie Halse Anderson is aÂ New York TimesÂ bestselling author known for tackling tough subjects with humor and sensitivity. Her work has earned numerous ALA and state awards. Two of her books,Â Chains andÂ Speak, were National Book Award finalists.Â ChainsÂ also received the 2009 Scott OâDell Award for Historical Fiction, and Laurie was chosen for the 2009 Margaret A. Edwards Award. Mother of four and wife of one, Laurie lives in Pennsylvania, where she likes to watch the snow fall as she writes. You can follow her adventures on Twitter @HalseAnderson, or visit her at MadWomanintheForest.com.

Christopher Silas NealÂ is an award-winning illustrator and author who regularly contributes to The New York Times, The New Yorker, and creates book covers for various publishers. He has directed short animated videos for Kate Spade and Anthropologie and was awarded a medal from the Society of Illustrators for his work in motion graphics. He illustrated the acclaimed picture books Over and Under the Snow and Lifetime, both of which explore the natural world. Over and Under the Snow, with author Kate Messner was praised for its âstunning retro-style illustrationsâ (The New York Times), was a 2011 New York Times Editorâs Choice and won an E.B. White Honor Award in 2012. He recently contributed art to the New York Times bestseller Goodnight Songs, which is a collection of poems by author of Goodnight Moon, Margaret Wise Brown.