An eagle in the snow 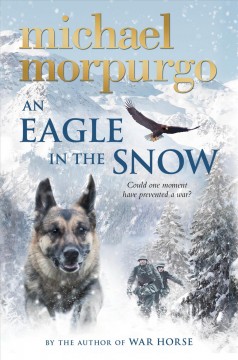 Michael Morpurgo, a Member of the Order of the British Empire, is the author of more than 100 books, including An Elephant in the Garden, Shadow, A Medal for Leroy, and Listen to the Moon. He is also the author of the New York Times-bestseller War Horse, which was adapted for the stage and became a film by Steven Spielberg.