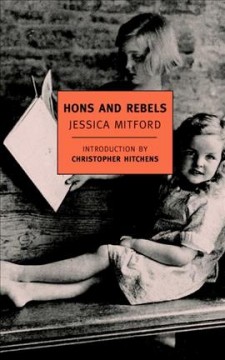 Jessica Mitford (1917–1996) was the daughter of Lord and Lady Redesdale, and she and her five sisters and one brother grew up in isolation on their parents’ Cotswold estate. Rebelling against her family’s hidebound conservatism, Mitford became an outspoken socialist and, with her second cousin and husband-to-be Esmond Romilly, ran away to fight against Franco in the Spanish Civil War. Romilly was killed in World War II, and Mitford moved to America, where she married the lawyer and political activist Robert Treuhaft. A brilliant muckraking journalist, Mitford was the author of, among other works, a memoir of her youth, Hons and Rebels; a study of the funeral industry, The American Way of Death; and Kind and Usual Punishment: The Prison Business. She died at the age of seventy-eight while working on a follow-up to The American Way of Death, for which, with characteristic humor, she proposed the title “Death Warmed Over.”

Christopher Hitchens (1949–2011) was a British-American journalist and social critic. Known for his confrontational style and contrarian views on a range of social issues, Hitchens was a frequent contributor to The Nation, The Atlantic, The Times Literary Supplement and Vanity Fair. Hitchens recounts his struggle with esophageal cancer in Mortality, which was published in 2012.