Gabriel Finley & the Lord of Air and Darkness #2 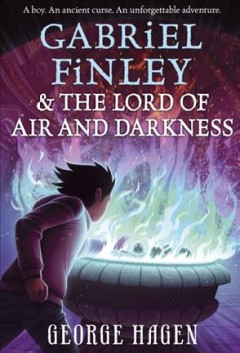 George Hagen is the author of Gabriel Finley and the Raven's Riddle, which received 3 starred reviews, was a Booklist Editors' Choice, Bank Street College Best Book of the Year, and was nominated for 5 State Children's Choice awards. George has also written two novels for adults&;The Laments, a Washington Post bestseller and Tom Bedlam, described by the Los Angeles Times as "a Victorian three-decker novel...that moves at the speed of 'The Sopranos'." The father of three children, he lives in Brooklyn, NY. Visit him on the web at georgehagen.com or gabriel-finley.tumblr.com.