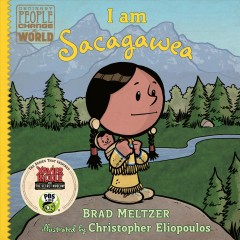 Brad Meltzer is the&#160;New York Times&#160;bestselling author of&#160;Heroes for My Son, Heroes for My Daughter, and a number of suspense novels, including The House of Secrets. He is also the host of the History Channel television shows&#160;Brad Meltzer's Decoded&#160;and&#160;Brad Meltzer's Lost History. He lives in Florida with his wife and their three children.
&#160;
Christopher Eliopoulos began his illustration career at Marvel, and has worked on thousands of comics, including&#160;Franklin Richards: Son of a Genius,&#160;Pet Avengers,&#160;Cow Boy, and&#160;Cosmic Commandos, all of which he wrote and illustrated. He lives in New Jersey with his wife and their identical twin sons.