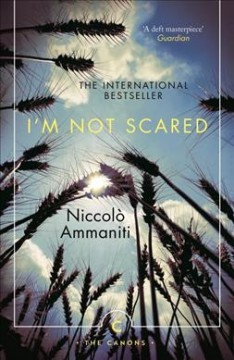 Niccol? Ammaniti was born in Rome in 1966. He is the author of six novels translated into English and two short story collections. Several of his novels have been adapted for film, including Steal You Away, which was longlisted for the Independent Foreign Fiction Prize, The Crossroads, winner of the Premio Strega Prize 2007, and the international bestseller I'm Not Scared, which won the prestigious Italian Viareggio-Repaci Prize for Fiction and has been translated into thirty-five languages.

Translated from the Italian by Jonathan Hunt. Hunt divides his time between Italy and Britain. His translations include Niccol? Ammaniti's The Crossroads and Steal You Away, Nicolai Lilin's Siberian Education, Luca Rastello's I Am the Market, and Giorgio Vasta's Time on My Hands.