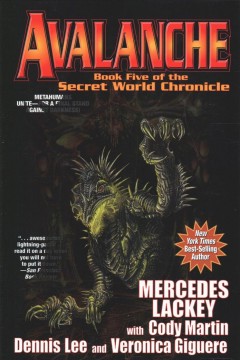 Mercedes Lackey&#160;is the&#160;New York Times&#160;best-selling author of the Bardic Voices series and the Serrated Edge series (both Baen), the Heralds of Valdemar series, and many more. She's the coauthor of the contemporary meta-hero SF series The Secret World Chronicle.&#160;Among her popular Baen titles are&#160;The Fire Rose,&#160;The Lark and the Wren, and also&#160;The Shadow of the Lion&#160;and&#160;Burdens of the Dead&#160;with Eric Flint and Dave Freer. She lives in Oklahoma.

Cody Martin&#160;is a coauthor with Mercedes Lackey of three other books in the metahero saga, The&#160;Secret World Chronicle including entries&#160;Invasion,&#160;World Divided,&#160;Revolution, and&#160;Collision.&#160;He is&#160;an avid gamer, but spends his extra time chained to a computer, writing. Originally from Scottsdale, Arizona,&#160;he currently resides in Florida.