God is red : a native view of religion 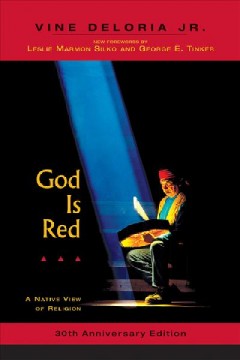 Author Notes
Vine Deloria Jr. was named by TIME magazine as one of the greatest religious thinkers of the twentieth century. He was a leading Native American scholar whose research, writings, and teachings on history, law, religion, and political science have not only changed the face of Indian country, but stand to influence future generations of Native and non-Native Americans alike. He has authored many acclaimed books, including Evolution, Creationism, and Other Modern Myths; Red Earth, White Lies; God is Red; Spirit and Reason and Custer Died for Your Sins. Vine Deloria Jr. passed away on November 13, 2005.