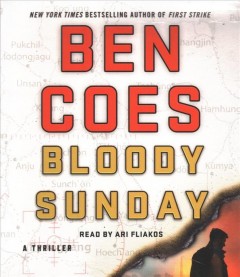 BEN COES is the New York Times bestselling author of international espionage thrillers, including Independence Day, First Strike, and Trap the Devil. Before writing his first novel, Power Down, he worked at the White House under two presidents and was a Fellow at the John F. Kennedy School of Government. He lives with his wife and four children in Wellesley, Massachusetts.

Ari Fliakos is an actor with experience in television, radio, film, theater, and voiceovers. His narration of Seth Patrickâs Reviver won an Audie for paranormal fiction. He has narrated Black Site and Tier One Wild by Dalton Fury, as well as Gangster Squad, The Inquisitor, and Shotgun Lovesongs. On screen, he is best-known for his roles in Law & Order, Pills, and Company K.