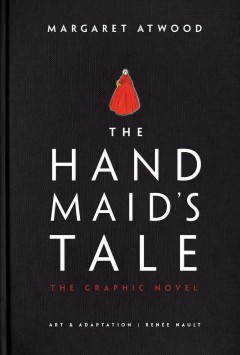 MARGARET ATWOOD, whose work has been published in thirty-five countries, is the author of more than forty books of fiction, poetry, and critical essays. In addition to The Handmaid's Tale, her novels include Cat's Eye, short-listed for the 1989 Booker Prize; Alias Grace, which won the Giller Prize in Canada and the Premio Mondello in Italy; The Blind Assassin, winner of the 2000 Booker Prize; Oryx and Crake, short-listed for the 2003 Man Booker Prize; The Year of the Flood; and her most recent, The Heart Goes Last. She is the recipient of the Los Angeles Times Innovator's Award, and lives in Toronto with the writer Graeme Gibson.

Ren&#233;e Nault is a Canadian artist, illustrator, and graphic novelist known for her vivid watercolor and ink illustrations. Her work has appeared in books, magazines, newspapers, and advertising around the world. She is a frequent illustrator for the Los Angeles Times. Please visit www.reneenault.com.