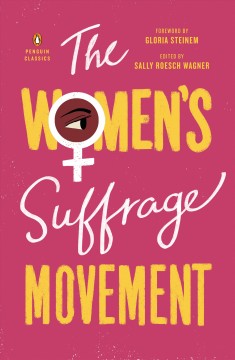 Sally Roesch Wagner is the founding director of the Matilda Joslyn Gage Foundation in Fayetteville, New York and currently serves as adjunct faculty in the honors program at Syracuse University. She is a member of the New York State Women's Suffrage Commission and a consultant to the National Women's History Project. Author of numerous women's history books and articles telling the "untold stories", her recent publications center on the Haudenosaunee influence on the women's rights movement. Wagner appeared in the Ken Burns PBS documentary, "Not for Ourselves Alone: The Story of Elizabeth Cady Stanton and Susan B. Anthony" for which she wrote the accompanying faculty guide for PBS, was a historian in the PBS special, "One Woman, One Vote" and has been interviewed on NPR's "All Things Considered" and "Democracy Now."

Gloria Steinem is a writer, lecturer, editor, and feminist activist. Her books include the bestsellers My Life on the Road, Revolution from Within, Outrageous Acts and Everyday Rebellions, Moving Beyond Words, Marilyn: Norma Jeane, and As if Women Matter. Steinem has received the National Magazine Award, the Lifetime Achievement in Journalism Award from the Society of Professional Journalists, the Society of Writers Award from the United Nations, and many others. In 2013, she received the Presidential Medal of Freedom from President Barack Obama.