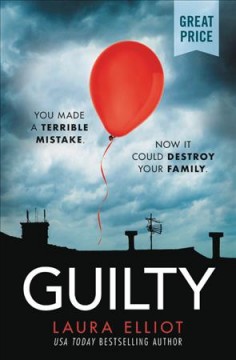 Reviews Author Notes
Laura Elliot was born in Dublin, Ireland. She lives in Malahide, a picturesque, coastal town on the north side of Dublin.
Laura Elliot's novels include The Wife Before Me, The Thorn Girl, Sleep Sister, Stolen Child, The Prodigal Sister, Fragile Lies and The Betrayal. Writing as June Considine, she has twelve books for children and young adults. Her short stories have appeared in a number of teenage anthologies and have also been broadcast on the radio. She has also worked as a journalist and magazine editor.