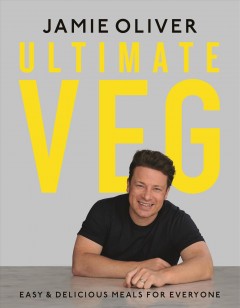 Jamie Oliver is a global phenomenon in food and campaigning. During a 20-year television and publishing career he has inspired millions of people to enjoy cooking from scratch and eating fresh, delicious food. Through his organization, Jamie is leading the charge on a global food revolution, aiming to reduce childhood obesity and improve everyone's health and happiness through food.

Jamie started cooking at his parents' pub, The Cricketers, in Clavering, Essex, at the age of eight. After leaving school he began a career as a chef that took him to the River CafÃ©, where he was famously spotted by a television production company and the Naked Chef was born.

He has now published more than 20 bestselling cookbooks, all with accompanying TV shows. He starred on the ABC TV show Jamieâs Food Revolution, where he took on health and diet for children in the United States. Jamie lives in London and Essex with his wife, Jools, and their children.