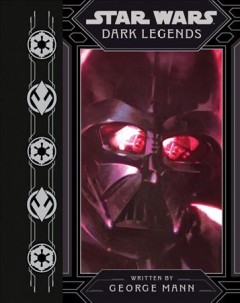 Author Notes
George Mann is a Sunday Times (UK) best-selling novelist and scriptwriter, and he's loved Star Wars for about as long as he's been able to walk. He's the author of the Newbury & Hobbes Victorian mystery series, best-selling Doctor Who novels, new adventures for Sherlock Holmes, and the supernatural mystery series Wychwood. You can find him on Twitter @George_Mann.

Grant Griffin is an illustrator working in games and publishing. He grew up outside of Austin, Texas, and did a stint in Denver, Colorado, where he got a BFA in illustration, found a wife, got a dog, and took up a career in freelancing in 2013. He has since been carving out a niche in the fantasy and science fiction genre. He resides in San Juan del Sur, Nicaragua, and does his best not to indulge in too much local coffee. You can find him on Instagram @ggriffinart.