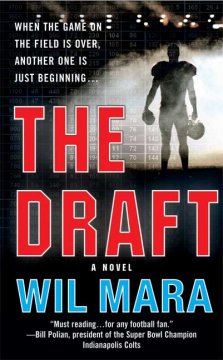 Author Notes
Wil Mara, a lifelong fan of the National Football League, is the author of more than seventy-five books. He has written both fiction and nonfiction, for both children and adults. He also wrote the 2005 disaster thriller Wave, which won the 2005 New Jersey Notable Book Award. The second book in his NFL Series, The Cut, brings readers into the ultracompetitive world of training camp and is due for release in fall 2007.