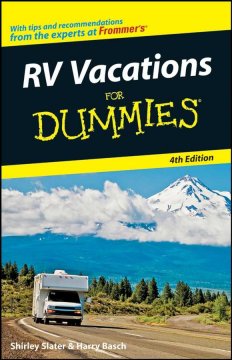 Shirley Slater and Harry Basch are a husband-and-wife travel-writing team whose books, articles, and photographs have been published internationally over the past 25 years. Former stage, film, and television actors, they have written their syndicated column Cruise Views for the Los Angeles Times and other major newspapers for more than 20 years, produced six annual editions of the North American Ski Guide for Prodigy Computer Services, and written Shirley and Harryâs RV Adventures (a monthly newsletter) plus four books on worldwide cruising.
In 1990, at the 60th World Travel Congress in Hamburg, Germany, the authors were only the third writers (and the first freelancers) to receive the prestigious Melva C. Pederson Award from the American Society of Travel Agents for âextraordinary journalistic achievement in the field of travel.â
On assignment for publications as diverse as Bon AppÃ©tit and Travel Weekly, they have covered 188 countries by barge, elephant back, hot-air balloon, luxury cruise ship, cross-country skis, paddle-wheel steamer, and supersonic aircraft, but their favorite method of transportation is by RV. In their former 27-foot Winnebago Brave motorhome and their new 36-foot Itasca Sunflyer, they have logged more than 100,000 miles traveling across the United States, Canada, and Mexico. Aboard other RVs â from mini-motorhomes to 36-foot widebodies with slideouts â they have traveled an additional 60,000 miles exploring the back roads and campgrounds of America. These journeys are all based on the authorsâ personal experiences.
Theyâre the authors of five editions of Frommerâs Exploring America by RV and appear on informational RV videos featured at www.rvtvdirect.com.