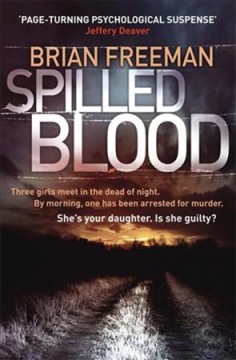 Reviews Author Notes
Often likened to Harlan Coben and David Baldacci, award-winning author Brian Freeman is an internationally bestselling author of psychological suspense novels. His books have been sold in 46 countries and translated into 20 languages. Brian's debut thriller, Immoral, won the Macavity Award and was a nominee for the Edgar®, Dagger, Anthony, and Barry awards for best first novel. Since then, each subsequent novel has been published to similar acclaim. Freeman lives and writes in his native state of Minnesota.