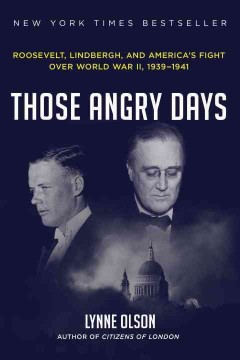 Lynne Olson is the author of Citizens of London: The Americans Who Stood with Britain in its Darkest, Finest Hour; Troublesome Young Men: The Rebels Who Brought Churchill to Power and Helped Save England; and Freedom&;s Daughters: The Unsung Heroines of the Civil Rights Movement from 1830 to 1970, and co-author of two other books. She lives with her husband in Washington, D.C.