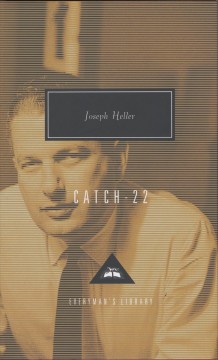 Joseph Heller&#160;was born in 1923 in Brooklyn, New York. He served as a bombardier in the Second World War and then attended New York University, Columbia, and Oxford University, the last on a Fulbright scholarship. He taught for two years at Pennsylvania State University, before returning to New York, where he began a successful career in the advertising departments of Time, Look, and McCall's magazines.&#160;It was during this time that he had the idea for&#160;Catch-22. Working on the novel in spare moments and evenings at home, it took him eight years to complete and was first published in 1961. His second novel,&#160;Something Happened,&#160;was published in 1974,&#160;Good As Gold&#160;in 1979 and&#160;Closing Time&#160;in 1994. He is also the author of the play&#160;We Bombed in New Haven. Joseph Heller died in 1999.