Library services will be unavailable tonight (Tuesday Nov 30th) after 9pm until 10pm due to a network upgrade.
LARL Home Locations and Hours Contact Suggest a Purchase 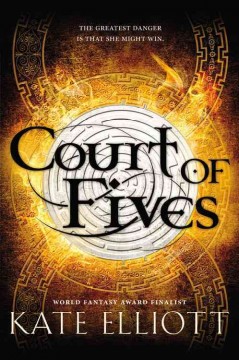 Kate Elliott is the author of more than twenty-five novels, including her New York Times bestselling young adult debut Court of Fives, Poisoned Blade, Buried Heart, and Black Wolves. She has also writtenthe Spiritwalker trilogy, the Novels of the Jaran, and the Crossroads trilogy, among others, and two of her books have been finalists for the Nebula Award and the World Fantasy Award. Kate was born in Iowa, raised in Oregon, and now lives in Hawaii. She invites you to visit her website at kateelliott.com or follow her on Twitter @KateElliottSFF.