All our relations : native struggles for land and life 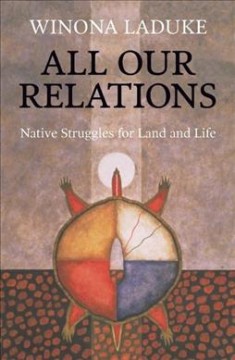 Author Notes
Winona LaDuke: Winona LaDuke was named by Time in 1994 as one of America's 50 most promising leaders under 40. In 1997, with the Indigo Girls, she was named a Ms. Woman of the Year. In 1996 and 2000, LaDuke served as Ralph Nader's vice presidential running mate in the Green Party.