Spirit drumming : a guide to the healing power of rhythm 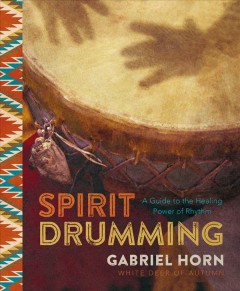 Author Notes
Booklist called Gabriel Horn “A generous, searching writer…” and his work “…mesmerizing… lyrical… powerful.” He is an award-winning author and retired professor of literature and creative writing whose publications span across four decades. Excerpts of his works have been anthologized in college texts on writing and for Western Humanities, and included in several acclaimed literary anthologies. Gabriel has also instructed young journalists for the Poynter Institute for Media Studies and taught graduate courses and addressed audiences at universities across the country. On different occasions, he served as a wisdomkeeper for The Wisdomkeepers Program in North Carolina, where he also cofounded and codirected the first Native American Writers Camp for children on the Cherokee reservation. He has been a special guest on various local television programs, National Public Radio, MSNBC’s Time & Again, Wolf Mountain Radio for Peace International, and a record-breaking listening audience on Gia Scott’s radio program, Dawn of Shades. For over 40 years, from reservation schools, to American Indian Movement (AIM) Survival Schools, to public schools, colleges, and universities, Gabriel Horn has unwaveringly advocated the academic respect due the history, literature, and philosophy of Native America as well as for the spiritual rights of traditional Native peoples and the natural world. His Narragansett/Wampanoag uncles, Metacomet and Nippawanock, wrote of Gabriel: “We are proud of our nephew, for it is in blood as strong as his, that the words of the people ring on the land.” He lives in FL.