An anthology of intriguing animals 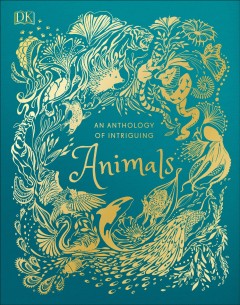 Ben Hoare is an award-winning journalist who has written and edited many natural-history books and magazines for DK, the BBC, London's Natural History Museum, and many others. Think of a well-known wildlife or nature writer who writes in English, and Ben has probably edited their words at some point. Since 2008 he has been Features Editor of BBC Wildlife Magazine. In 2015 Ben was awarded the Dilys Breese Medal for science communication by the British Trust for Ornithology (BTO)--he is one of only 15 people to hold the award.

An Anthology of Intriguing Animals was illustrated by Daniel Long, Angela Rizza, and Daniela Terrazinni.

Trusted by parents, teachers, librarians, and kids across the world, DK is an award-winning publisher of visual reference books for children, including the DK Eyewitness Books, DK findout!, and Maker Lab series. DK books combine clear photography and illustration with expert text to show you what others only tell you.