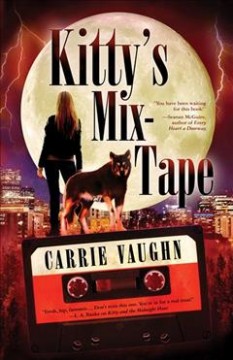 Carrie Vaughnâs work includes the Philip K. Dick Award-winning novel Bannerless, the New York Times bestselling Kitty Norville urban fantasy series, over twenty novels and upwards of 100 short stories, two of which have been finalists for the Hugo Award. Sheâs a contributor to the Wild Cards series of shared world superhero books edited by George R. R. Martin, and a graduate of the Odyssey Fantasy Writing Workshop. An Air Force brat, she survived her nomadic childhood and managed to put down roots in Boulder, Colorado. Visit her at www.carrievaughn.com.

Emma Bull (Introduction) is the author of War for the Oaks, which won the Locus Award for best first novel and has been a cult favorite ever since. She's gone on to publish fantasy and science fiction novels and short stories and a children's picture book. Her novel Bone Dance was a finalist for the Hugo, Nebula, and World Fantasy Awards and received a Philip K. Dick Award Special Citation.She teaches creative writing at Hamline University in Saint Paul, Minnesota. As of this writing, she's working on Claim, a sequel to her novel Territory, a historical fantasy set in Arizona in 1881.