Milk Street cookish : throw it together 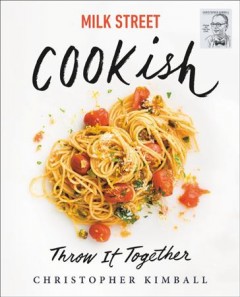 Reviews Author Notes
Christopher Kimball's Milk Street is located in downtown Boston -- at 177 Milk Street -- and is home to a cooking school, a bimonthly magazine, and public television and radio shows. They are the authors of Milk Street: The New Rules, The Milk Street Cookbook, and Milk Street: Tuesday Nights, which won both the IACP and James Beard Awards for General Cooking.