Life with the afterlife : 13 truths I learned about ghosts 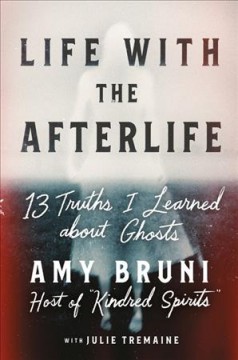 Amy Bruni started working professionally as a paranormal investigator in 2007, when she began appearing on Ghost Hunters, one of the longest-running and highest-rated paranormal television shows. Now, she's the co-star and executive producer of The Travel Channel's Kindred Spirits. In addition, Amy is the owner of Strange Escapes, a company offering paranormal excursions to some of America's most notoriously haunted destinations.