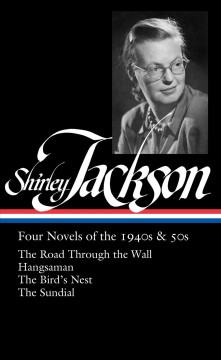 Shirley Jackson (1919-1965), a master of modern horror and psychological suspense, was the acclaimed author of six novels, scores of stories, and two works of nonfiction.

Ruth Franklin is a book critic and frequent contributor to The New Yorker, Harper's, and many other publications. Her 2016 book Shirley Jackson: A Rather Haunted Life was a New York Times Notable selection and the winner of the National Book Critics Circile Award for Biography. A recipient of a New York Public Library Cullman Fellowship and a Guggenheim Fellowship, she lives in Brooklyn, New York.