The letters of Shirley Jackson 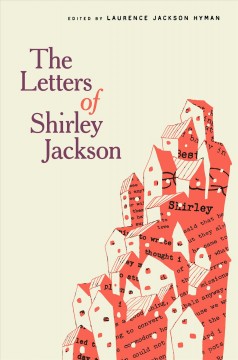 Shirley Jackson was born in San Francisco in 1916. She first received wide critical acclaim for her short story âThe Lottery,â which was published in The New Yorker in 1948. She is the author of six novels, including The Haunting of Hill House, We Have Always Lived in the Castle, and The Sundial; two bestselling family chronicles, Life Among the Savages and Raising Demons; and hundreds of short stories, many published in five separate posthumous collections. She died in 1965 at the age of forty-eight.

Laurence Jackson Hyman (editor), the eldest child of Shirley Jackson and Stanley Edgar Hyman, has spent most of his professional life in publishingâas a writer, photographer, editor, art director, and publisher. He is the author, editor, or co-editor of dozens of books and monographs, including two posthumous collections of his motherâs stories: Just an Ordinary Day and Let Me Tell You. He was the executive producer for the 2018 film adaptation of We Have Always Lived in the Castle.

Bernice M. Murphy (academic consultant) is an associate professor/lecturer in popular literature at the School of English, Trinity College Dublin, Ireland. She edited the collection Shirley Jackson: Essays on the Literary Legacy and has written several articles and book chapters on Jacksonâs writing. She is also an expert on American horror and gothic narratives. Her current work in progress is a monograph entitled California Gothic.