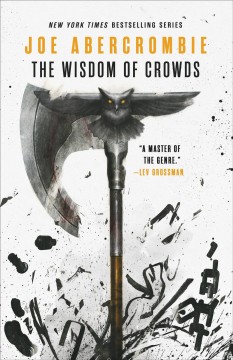 Joe Abercrombie was born in Lancaster in 1974, spent much of his youth in imaginary worlds, and left school with a good idea of how to make stuff up. After graduating from Manchester University he worked as a TV editor, but he never stopped making stuff up, and his first book, The Blade Itself, was published in 2006. He has since written eight more novels and a collection of stories in his First Law and Shattered Sea series. He lives in Bath with his wife Lou and their three children Grace, Eve and Teddy, and makes stuff up full-time.