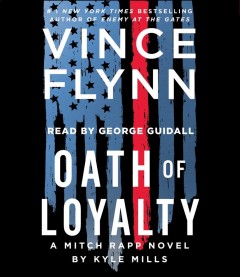 Kyle Mills is the #1Â New York TimesÂ bestselling author of twenty-two political thrillers, includingÂ Total Power,Â Lethal Agent, andÂ Red WarÂ for Vince Flynn andÂ The Patriot AttackÂ for Robert Ludlum. He initially found inspiration from his father, the former director of Interpol, and still draws on his contacts in the intelligence community to give his books such realism. Avid outdoor athletes, he and his wife split their time between Jackson Hole, Wyoming, and Granada, Spain. Visit his website at KyleMills.com or connect with him on Twitter, Facebook, and Instagram @KyleMillsAuthor.