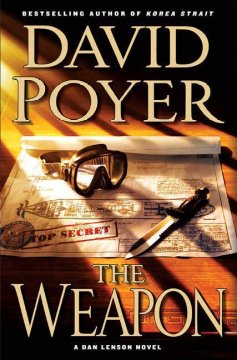 David Poyerâs twenty-seven novels make him the most popular living author of American sea fiction. His military career included service in the Atlantic, Mediterranean, Arctic, Caribbean, Mideast, and Pacific. The Weapon is the eleventh in his continuing novel cycle of the modern Navy and Marine Corps, following Korea Strait, The Threat, The Command, Black Storm, China Sea, Tomahawk, The Passage, The Circle, The Gulf, and The Med. He lives with his wife and daughter on Virginiaâs Eastern Shore.