The sweetness at the bottom of the pie #1 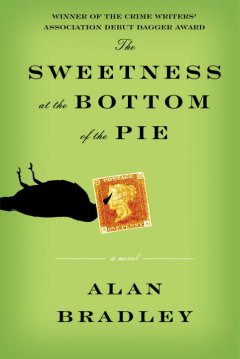 Alan Bradley has published many childrenâs stories as well as lifestyle and arts columns in Canadian newspapers. His adult stories have been broadcast on CBC radio and published in various literary journals. He won the first Saskatchewan Writers Guild Award for Childrenâs Literature as well as the Debut Dagger Award from the Crime Writersâ Association for The Sweetness at the Bottom of the Pie. He lives in British Columbia. Bantam Dell will publish the next in Bradleyâs delirious new series, The Weed That Strings the Hangmanâs Bag, in 2010.