The secret life of Lincoln Jones 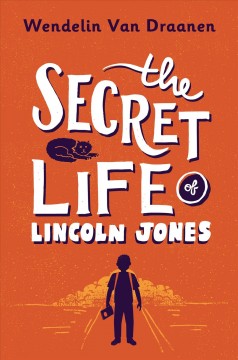 Wendelin Van Draanen is the author of many beloved and award-winning books. For middle graders, she’s written Swear to Howdy and the Sammy Keyes mystery series. For teens and tweens, there’s Flipped, The Running Dream, Confessions of a Serial Kisser, and Runaway. And for younger readers, check out the Shredderman quartet and the Gecko and Sticky series. Wendelin Van Draanen lives in Central California with her husband and two sons. Find her on the Web at WendelinVanDraanen.com or on Twitter: @WendelinVanD.