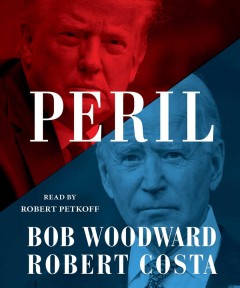 Bob Woodward is an associate editor at The Washington Post where he has worked for 50 years. He has shared in two Pulitzer Prizes, one for his Watergate coverage and the other for coverage of the 9/11 terrorist attacks. He has authored 20 national bestselling books, 14 of which have been #1 New York Times bestsellers.

Robert Costa is a national political reporter at The Washington Post, where he has worked since 2014. He previously served as moderator and managing editor of Washington Week on PBS and as a political analyst for NBC News and MSNBC. He holds a bachelor&;s degree from the University of Notre Dame and a master&;s degree from the University of Cambridge. He is from Bucks County, Pennsylvania.