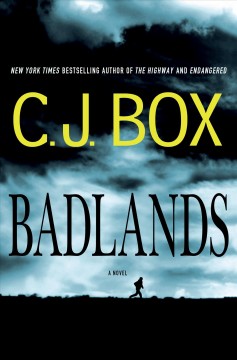 C. J. Box is the New York Times bestselling author of many novels including the Joe Pickett series. He has won the Edgar Alan Poe Award for Best Novel (Blue Heaven, 2009) as well as the Anthony Award, Prix Calibre 38 (France), the Macavity Award, the Gumshoe Award, the Barry Award, and the 2010 Mountains & Plains Independent Booksellers Association Award for fiction. Open Season, Blue Heaven, Nowhere to Run, and The Highway have been optioned for film and television. Over four million copies of his novels have been sold in the U.S. alone and they have been translated into twenty-seven languages. He lives in Wyoming.